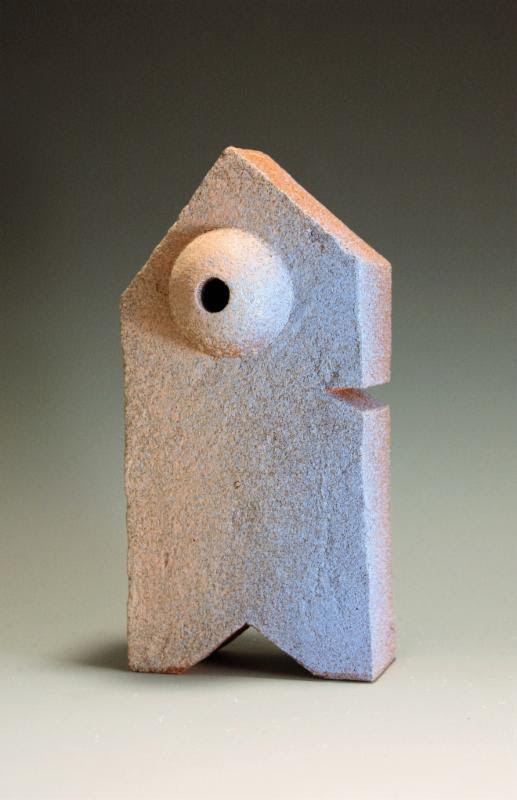 This past fall, artist and architect Tim Mitchell paid homage to Watershed’s history as a waterstruck brick making facility by creating a body of work based on the old wooden brick molds found piled high on the ground floor of the Watershed studio.

Mitchell developed an interest in the molds as a summer artist-in-residence in 2013. When he decided to return for last year’s fall residency, he did not have a set plan, but he knew he wanted to pursue a project that utilized the molds.

“I looked at the process as an experiment, realizing there would be many variables that I had to grapple with as I went along,” Mitchell explained. 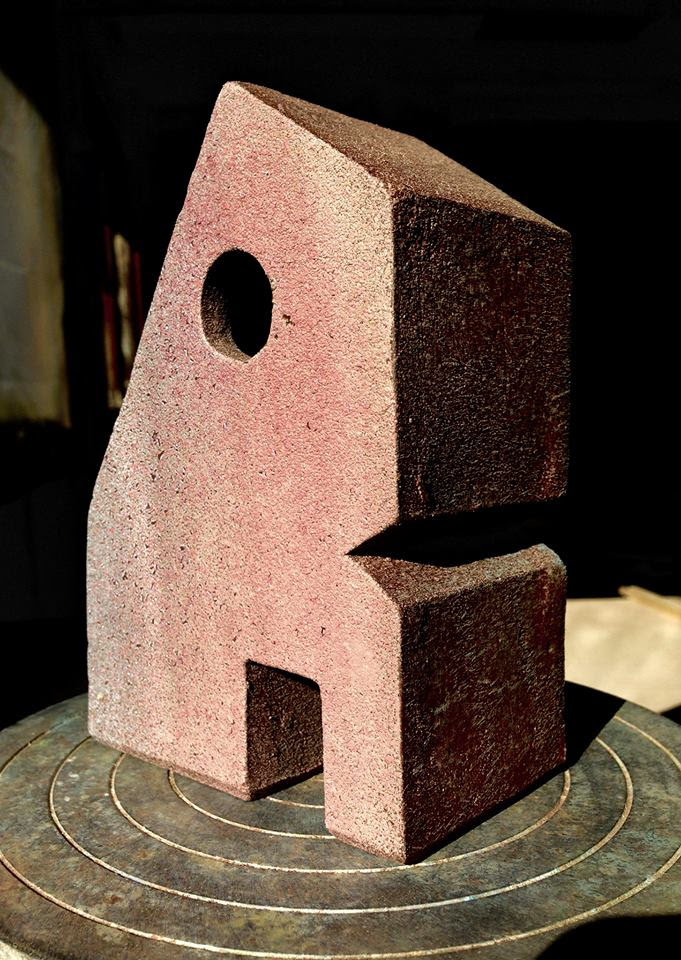 He spent the initial days of the residency taking stock of the variety of mold shapes and sizes, and ultimately decided to work with the uniquely shaped custom molds that had been used for cornices, arches and friezes. He also visited the Morin Brick Company in Auburn, ME to learn more about the brick-making process.

He then experimented with traditional methods of making waterstruck brick, which utilizes a relatively wet clay body. However, the drying process proved challenging in Maine’s humid September weather, just as it did for Watershed’s original brick makers. After several days of waiting for bricks that weren’t drying, Mitchell decided to put the solid pieces aside and construct works from slab that matched the dimensions of the molds. As the work continued to evolve, Mitchell also added sculptural elements and cut away pieces from the forms.

When it came to choosing a surface treatment, Mitchell chose to experiment with mason stains. His table was covered with an array of stains as he mixed colors in yogurt cups, arranging and re-arranging the pairings of colors. 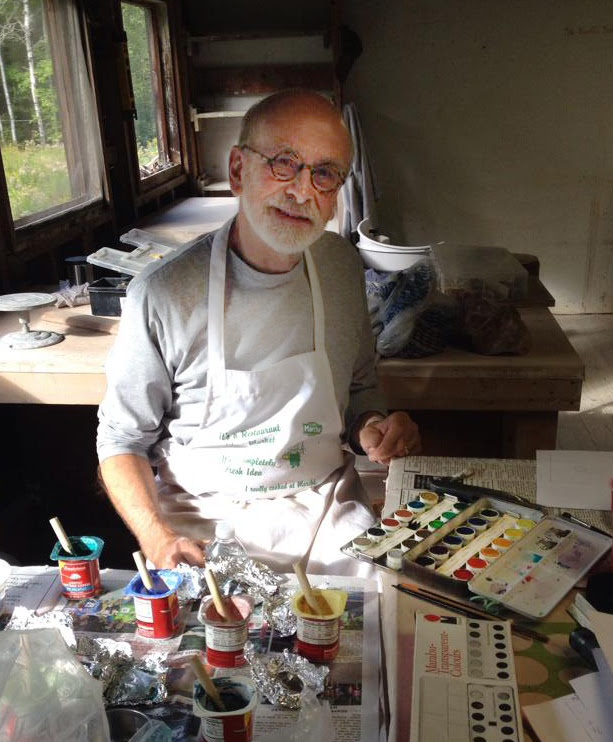 “I don’t usually use a lot of color in my work, so I spent lots of time playing with color combinations before applying the stains to the sculptures. I felt like a kid in school again using the color wheel as much as I did,” Mitchell said.

Before the end of the residency, some of the cast bricks finally dried enough to be transformed into sculptures as well. The resulting work is in two series, one made of hand-built slabs and another of solid units cast directly from the Watershed molds.

The final pieces reference their architectural origins but also have playful figurative elements. Mitchell refers to the works as “creatures,” noting their life-like qualities and obvious personality.  Plans are underway to mount an exhibition of Mitchell’s pieces and he continues to work on the project in his own studio.