For the past thirteen years, Watershed Studio Manager Reeder Fahnestock bore witness to the ever-changing organism that was the “Factory” – Watershed’s original studio that welcomed artists for 35 years. In this guest post, Reeder shares his abiding memories and indelible connection to this special space and reflects on the hopeful promise of the new Windgate Studio. 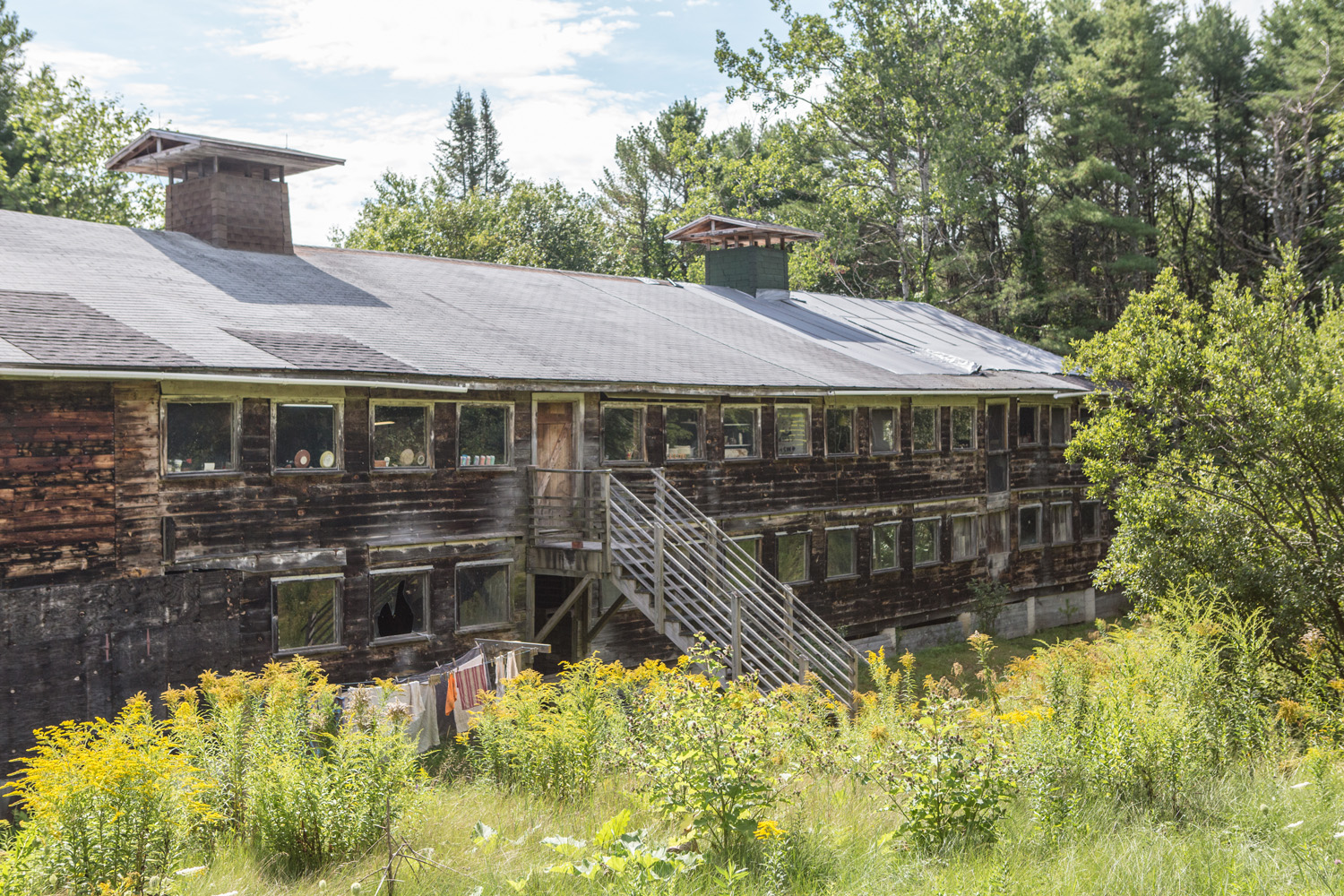 I was there when they came for the Factory. I bore witness as the giant claws took their first bites, disgorged them into waiting trucks that hauled them up the drive and off the property. The building had occupied that spot for fifty years and before that had enjoyed an active first life up at the top of the hill housing chickens before they cut it in half, rolled it down into the valley and converted it into a factory for making bricks. But now its usefulness had found its end and I was there to watch as it was taken away.

As the Factory’s primary custodian for the past decade I developed a relationship with the building not unlike one might form with a stray dog. It had come into my life largely without warning or introduction, and it came “as is”, leaky roof, heaving floors, bugs, rodents and all. In short, it came to me in need and showed no inclination of leaving anytime soon. But it also came with an endearing backstory and a charm all its own and so, what at first glance was pity, quickly became sympathy, empathy and finally love for a structure that had so humbly served so many for so long, so faithfully, in so many different ways. The Factory was wholly without pretention or even aspirations. We got along well and did our best to ignore each other’s shortcomings. 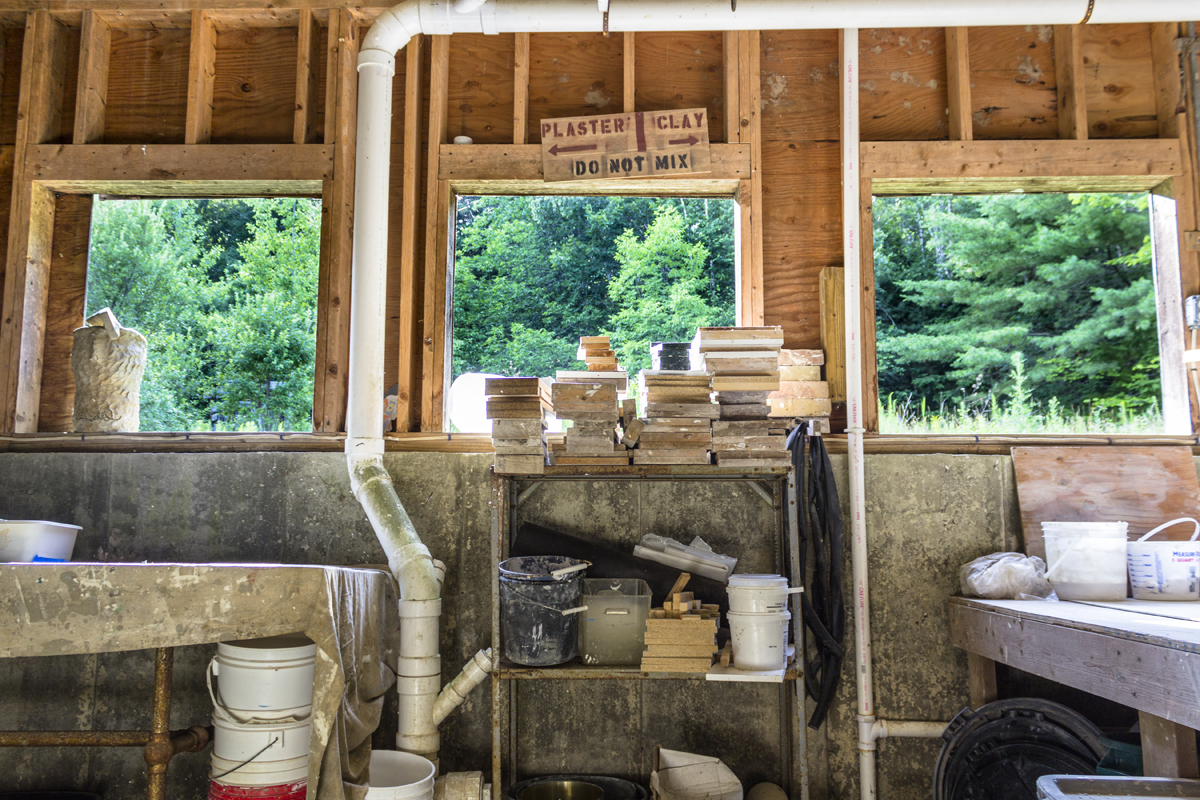 The Factory sheltered more than just chickens and artists. The Factory was its own ecosystem, home to birds, mammals, reptiles, amphibians, and a hundred thousand insects. Bittersweet twined through the walls. The rain dripped through the roof, snow blew through the gaps in the siding, and every spring the floor turned into marshmallow fluff as the frost left the ground. Each spring meant opening up the studio – sweeping away the cobwebs, getting the water running, patching the new holes in the roof, re-leveling all the shelves of materials that had moved with the frost heaves. Now, “opening the studio” means turning a key. The old studio didn’t even have doors, let alone keys. 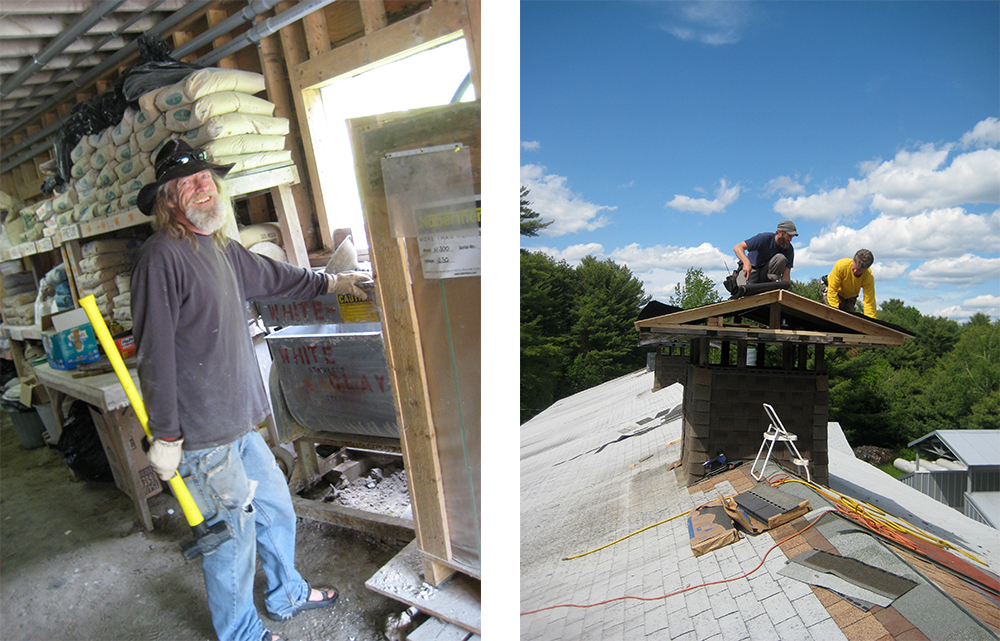 In its place a new structure has risen like the proverbial Phoenix, a building of concrete and steel, a building exuding self-confidence and proclaiming a sense of permanence the Factory totally lacked. The Factory looked like it might dissolve into matchsticks during the next thunderstorm, while the new building looks like it could withstand the worst Nor’easter the coast of Maine has ever seen. The wildlife has been relegated to the outdoors and the polished concrete floors have drains for ease of cleaning. And that is as it should be. There will be those that knew the studio as it was before who will now bemoan the loss of “character” and refer to the new one as “sterile” and “institutional”. But one need not suffer for one’s art.  If brute nature is their inspiration and muse, it is all still available within a few simple steps beyond the studio doors. I will be happy to accommodate their needs and will gladly move a wheel and a table to the dooryard if that is where they work best.

It is true, I will miss the barn swallows who now must find new homes. I loved to see them swoop through the building with a bug in their beak fetched back to a clutch of chicks with open, greedy mouths. And their nests were architectural wonders. But as industrious as they were, still they could not eat all the mosquitos, nor even could the spiders, inspirational builders in their own right with their foot-wide-webs covering every nook and cranny. And so, come an August night when the humidity hangs thick in the Maine coast air and I, at labor late on my wheel, find no reason to swat and curse the clouds of winged and heinously buzzing blood suckers because they have been banished forever from the building, I will silently rejoice and be grateful. If the resident artists take no notice of their absence, take for granted a dry work space free of biting insects, I will give silent thanks again. 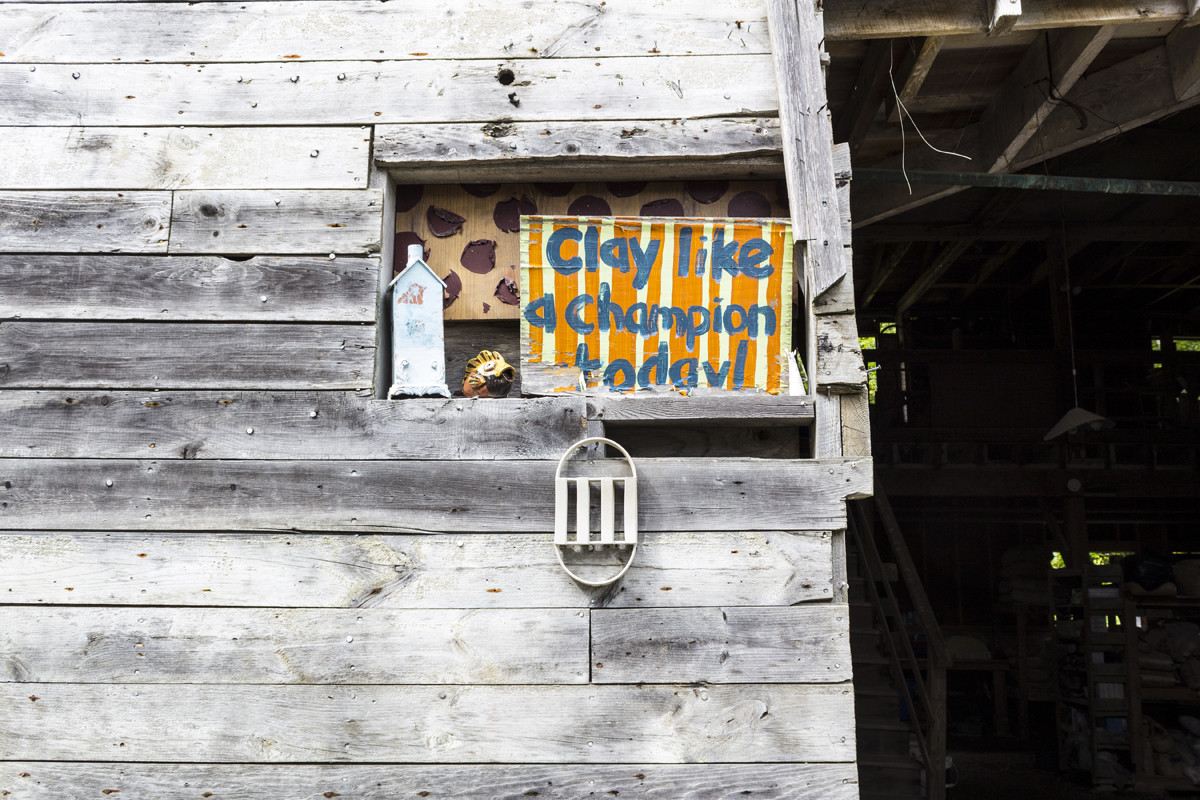 When Covid came to Maine and we were forced on short notice to cancel our programing for the year, I felt fortunate to be a part of an institution that didn’t panic, but had the forward-thinking leadership in place to pivot instead. Watershed pulled on its waders, went to work and even in the worst of times turned a big idea into a reality of true consequence. There were no deer-in-the-headlight stares around our conference table, just a steely resolve to grasp the moment and forge ahead with diligence and conviction. The result has been nothing short of constructing the premier ceramic facility on the east coast, if not in the entire United States. That is no small feat and is a testament to the resiliency of Watershed and the importance of its place in the community. It goes without saying that this would not have been possible without the deep and broad support of Watershed’s friends and allies and as such it stands, literally in concrete and steel, as evidence of the importance of our mission.