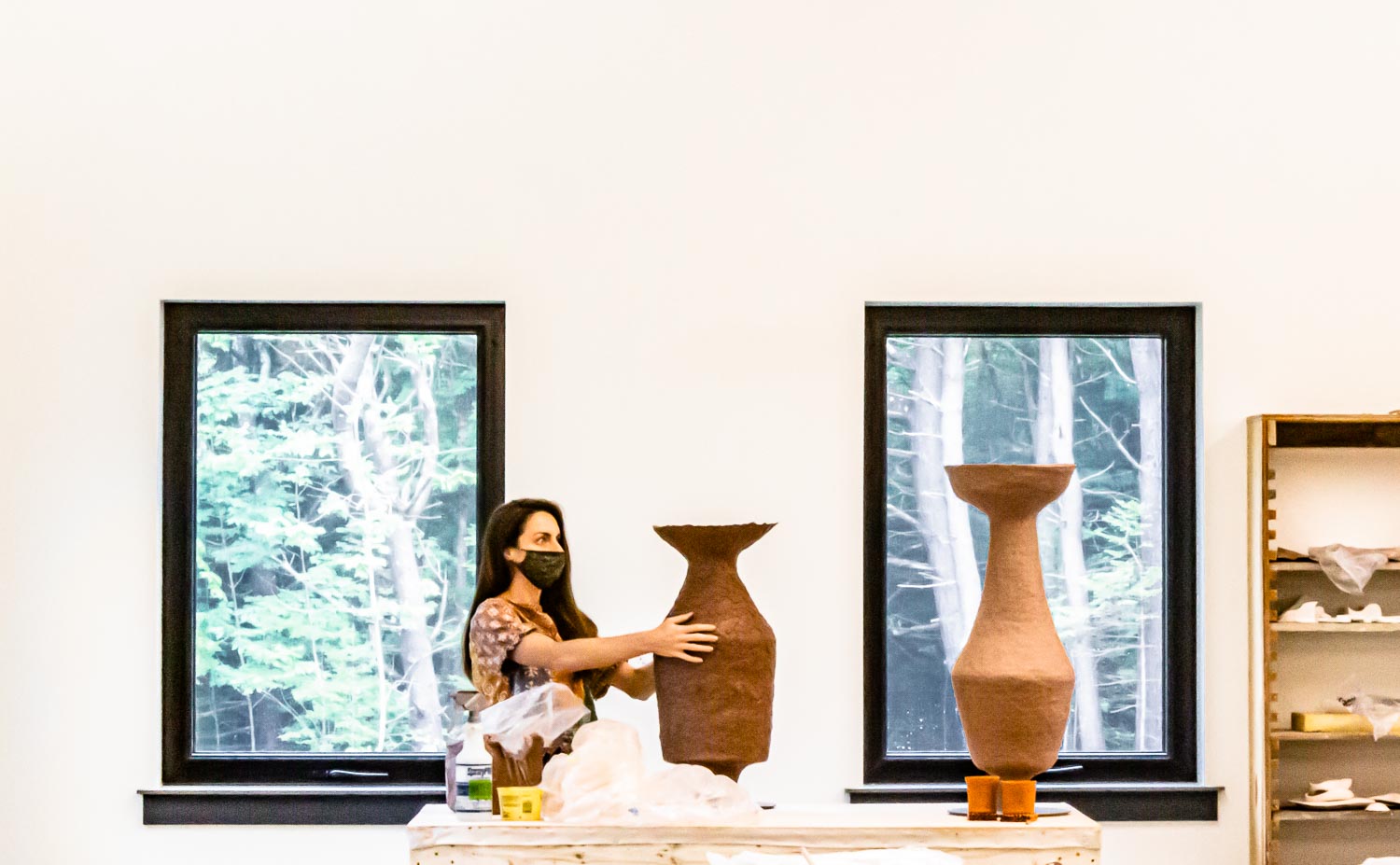 Resident artist Kyla Culbertson at work in the Windgate Studio

As summer’s humid air lifts and the days grow shorter, we find ourselves reflecting on the 2021 residency season and the artists who formed our campus community. After years of planning and months of construction, we welcomed artists into the new Windgate Studio in June. Together, we launched a new era at Watershed and brought the gleaming new space to life. The studio hummed with energy as the residents took risks, considered their trajectories, and developed new work.

While our facility has changed, creating time and space where groups of artists can connect, explore, and grow remains at the heart of what we do. After a year without residential programs, we felt more fortunate than ever to witness artists gleefully hop in the back of a pickup to run up the hill for meals, enjoy elated and hilarious exchanges with one another, and share ideas behind work as it progressed. These mundane yet meaningful moments underscore the value of the residency experience and make all of the careful planning worth the effort.

The pandemic altered many aspects of life on campus but residents found new ways to make the most of their sessions. Ceramists took sunrise swims, shared ideas around the campfire, and left Watershed with new plans and perspectives.

The following images capture moments from each of the 2021 sessions, along with reflections from artists who helped shape this remarkable season.

The Color Network’s residency came to fruition after extensive planning on the part of many collaborators. The 3-week session focused on deepening mentor-mentee relationships among artists of color. While participating artists had previously established partnerships between experienced mentor artists and emerging mentee artists–with the majority of their connections formed online–their Watershed session offered an initial opportunity for the program participants to work alongside one another in person. They arrived at Watershed during a heat wave, braved a fifty degree fourth of July, and amicably adapted as we worked out the inevitable kinks of a new studio. While impressive work resulted from the late night studio sessions, the residents’ palpable joy and ease engendered by their time together was undoubtedly the highlight of hosting this group. We hope this will be the first of many sessions with TCN artists.

“I felt so supported mentally, physically, and monetarily in a way no other organization or program has done! All the staff and organizers made me feel welcome, included, and confident to pursue a life in making! Everyone lifted each other up and did so in an immaculate environment!

TCN’s session was supported in part by a grant from the National Endowment for the Arts and by donations from AMACO, Laguna Clay, Shimpo, and Speedball.

Our first 2021 Open Studio Session provided time and space for an unusual theme-free residency (our summer residencies usually have a theme). Participating artists arrived as strangers ready for this experiment in creative community during the pandemic. It worked out seamlessly thanks to the adventurous and caring nature of this fabulous cohort. We so enjoyed watching resident artists connecting, creating, and inspiring one another. The new studio’s open floor plan contributed to some cross-pollination of ideas and work (there were quite a few clay heads hanging around by the end of the session) as the artists kept a variety of day and nighttime hours during their time together.

“I was able to completely focus on my work. I didn’t know if I was able to do that anymore! I found that I still have the desire to make work for myself and that was very meaningful to me. I’m sure with time I will become even more aware of how valuable the residency was to my practice.”

During the second Open Studio Residency, nine artists arrived at Watershed with no formal agenda and quickly found a common interest in firing the wood kiln. While the labor-intensive preparations and firing process occupied the majority of their third week in residence, this ambitious group made time to curate a pop-up exhibition of their work as well. They staged the impromptu show for one night in Watershed’s Barkan Gallery and included work by everyone in the session, along with pieces by staff members.

“I have been unable to regularly work in clay during Covid-19 and was hungry for time and space to develop my practice. By the end of the residency I could identify and articulate what/who influences me and start to see where my own voice in clay was. I reevaluated my skill set and can now proceed in this career by targeting what additional skills I want to obtain so I can create the work I want.” 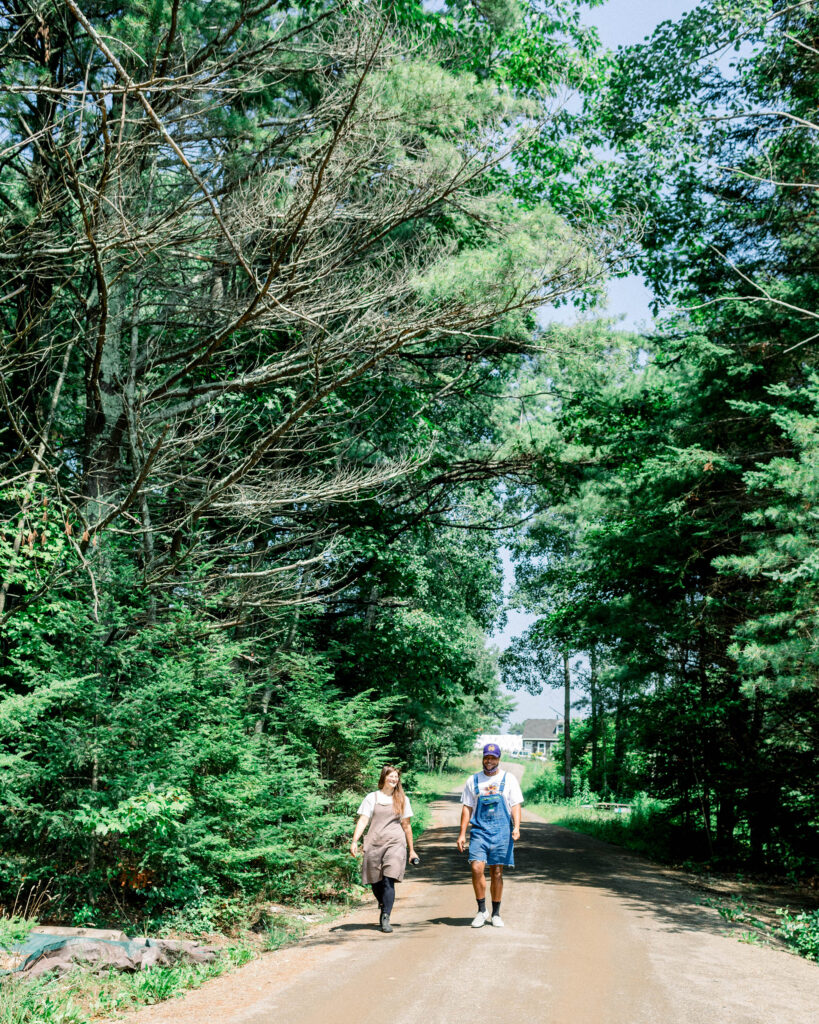